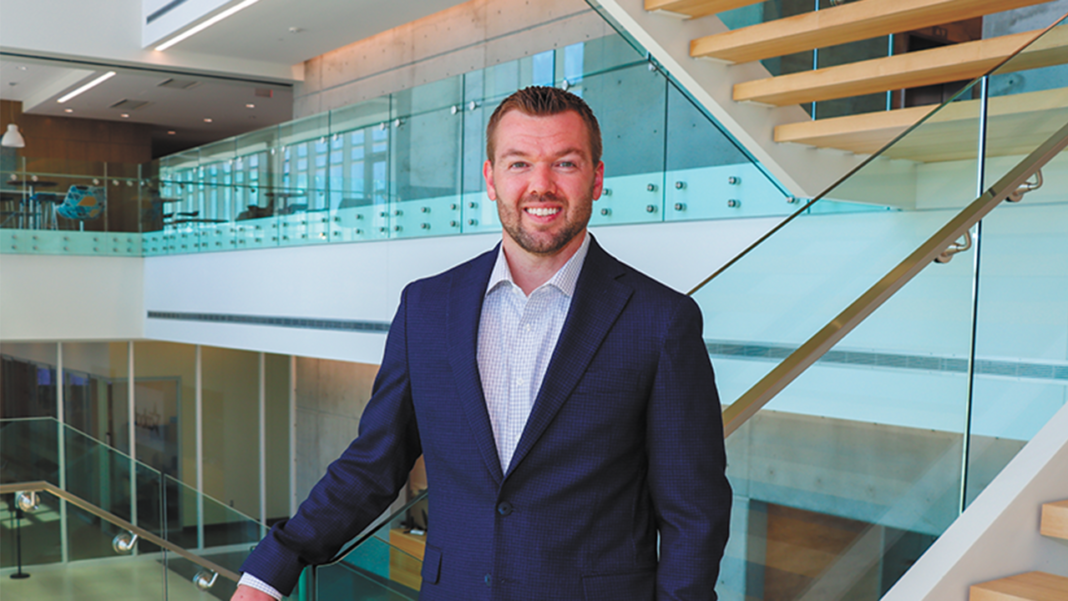 While Dan Patterson says he has always been interested in math, it was a class he took his senior year of high school that opened the door to a career in finance.

“I needed one more class to fill my schedule,” he said. “There was an accounting class, and I thought it was just more balancing a checkbook and didn’t think there’d be a whole lot to it. And that was my first exposure to accounting, and I just absolutely loved it.”

In fact, he changed his major to accounting during his freshman year at the University of Nebraska-Lincoln.

Today, Patterson is the director of finance for Cobalt Credit Union where he puts his love for numbers to work in a capacity to lead fellow employees.

Patterson grew up in Norfolk, Nebraska, and double majored in finance and accounting at UNL. After graduation, he started working at Fiserv in Lincoln.

He furthered his education by obtaining a Master of Business Administration from Bellevue University as well as becoming a licensed CPA in the state of Nebraska.

“Taking the step to invest in yourself with education I think is certainly critical for a financial role or financial position,” he said.

“Passing my CPA exam, that was something that I wanted to do, and you know, just being able to sit for the exam, you have to have at least 150 college credits, and then the exam itself is certainly not easy to pass.”

With new knowledge under his belt, Patterson went to work at what is now Cobalt Credit Union, where he has been for the last 12 years.

While Patterson originally started out as an accounting manager, he worked up to his current role as director of finance. He aims to be an asset to the credit union and strives to produce high-quality work.

“My parents always said, ‘you got to do the right thing when nobody’s looking,’” he said. “And I think I’ve kind of got that ingrained into my work ethic, that even if my boss isn’t sitting right here, I want to make sure that I’m doing what’s best and leading by example for my employees or just other people whom I work with.”

Communication has played a key role in Patterson’s position, and he believes it’s an imperative skill for members of the financial world.

“I think no matter what stage in your career, there’s always more that you can be learning, whether it’s new things for regulations, better ways to do things, looking at numbers a different way, or being able to explain them to non-number people,” he said. “I think that’s really important in my role. I can look at numbers and interpret them … and communicate why it’s important.”

Patterson also works to adapt to new changes in the banking industry and bring new, innovative techniques to his position.

“I think I always just wanted to be innovative and try to look at things differently,” he said. “The way the world was five years ago is certainly not the same way that things are operating today.”

Patterson hopes to one day be CEO of a credit union. For now, he hopes to help inspire the people he works with and better the credit union.

Outside of the banking world, Patterson stays active in his community as a board member for Habitat for Humanity of Omaha and volunteering with the Nebraska Diaper Bank.