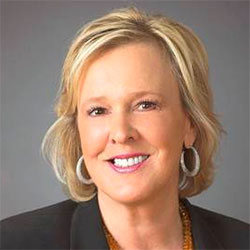 It is with much excitement and honor that I announce I have stepped into the role of Publisher & CEO at Midlands Business Journal. My father, Robert Gregg ‘Bob’ Hoig, founded MBJ in 1975. His love of journalism, entrepreneurship and small business was his recipe for success.

My dad didn’t start out as a journalist, although I am fairly certain that it was in his blood. In 1957 at age 24, he happened to be walking in the 200 block of East 42nd Street in New York City on the way to a job interview with a major airline. A beautiful building with a big globe in the lobby caught his eye. It was the New York Daily News. He walked in and asked if they were hiring and managed to get a job as a copy boy. That’s where it all began.

After a couple of decades in the newspaper business as a reporter, he had an idea to start his own weekly business newspaper with a focus on small and local business. Although many told him he was crazy and there weren’t enough stories or advertisers for it to succeed, he forged ahead anyway. Aren’t we all glad that he did?

Over the past 45 years I have witnessed the ups and downs of owning a publishing company and I have certainly experienced them myself over the past 30 years (25 as owner) with metroMAGAZINE and ALH Publications. But as any entrepreneur can tell you, you keep looking ahead, you keep creating … you keep asking: What else is possible? Especially when things aren’t going your way.

This year has certainly been a year like no other. My own personal journey has been a wild ride as I made the decision to purchase the company during a pandemic. There are no guarantees, and no one can predict what next month will look like — not to mention next year. But like my dad, I have a passion and a love for the Omaha metro community.

My dad passed away on January 7, 2019. Although he wasn’t able to go to the office after his heart attack in March of 2017, he was certainly involved in the business up until the end of his life. I am so grateful that I had time to really connect with my dad before he passed away. We talked a lot about MBJ, his love of journalism and the impact MBJ has had on the Omaha metro business community.

Again, it is an honor to step in this role as publisher and CEO of MBJ, Inc. It is an honor to continue my dad’s legacy and create even more. It truly is a new beginning for all of us and how we respond to what is going on in the world, and the choices we make will determine our future.

I see a bright future — regardless of the challenges or obstacles that may arise. I look forward to connecting with all of you and sharing your business stories of success and inspiration in the Midlands Business Journal. As my dad often said, “Life is Good! Read it and REAP!” 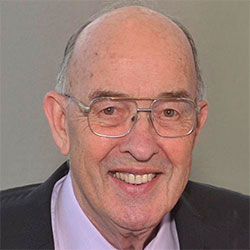 Bob Hoig launched the Omaha-based Midlands Business Journal in 1975, pinning its survival on telling the growth stories of area businesses in a fair and interesting way.

His 20-year news career to that point had been mainly as a crime or so-called ‘investigative reporter” with larger organizations, such as United Press International, the New York Daily News, the Miami (Fla.) News, the Omaha World-Herald and the Lincoln Journal.

That experience helped lead to two conclusions guiding the mission of the Business Journal: (1) The Omaha, Lincoln and Council Bluffs area did not need yet another media outlet targeting corruption, vice, greed and failure. (2) Readers would welcome a fresh weekly business voice telling about area organizations, their leaders and the economic facts propelling their success.

In 2012, Hoig received multiple civic and professional honors. He was inducted into the Greater Omaha Chamber of Commerce’s Business Hall of Fame; named “Omahan of the Year” by the Suburban Rotary Club of Omaha, and, with his daughter Andrea Hoig, owner of Omaha Metro Magazine, became the first father-daughter duo to be honored as “Faces on the Barroom Floor” by the Omaha Press Club.

Other honors have included the U.S. Small Business Administration’s Media Advocate Award for 1981 for the Kansas City District; the Greater Omaha Chamber of Commerce “Entrepreneur of the Year” Award for 2004, and the Omaha Kiwanis Club “Entrepreneur of the Year” for 2006. His Midlands Business Journal was the Greater Omaha Chamber’s Golden Spike Award honoree in 2002. He was the Omaha World-Herald’s Pulitzer Prize nominee in 1970 for a law-changing series on lax security procedures for sexual psychopaths at the then-Nebraska State Hospital in Lincoln.

MBJ Inc. of Nebraska added the Lincoln Business Journal in 1996. The newspapers’ annual 40 Under 40 Awards have honored hundreds of Greater Omaha and Greater Lincoln entrepreneurs, executives and business and professional men and women since 2002. Hoig said growth of his newspapers has been pegged on the zest of MBJ’s staff for understanding opportunities presented by the region’s economic growth.