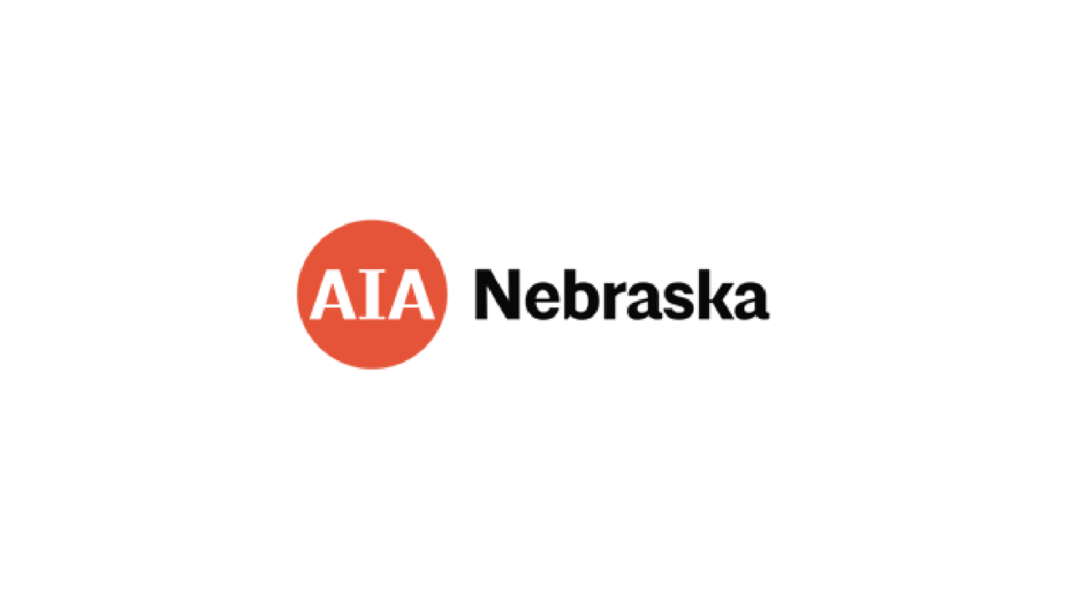 AIA Nebraska, the state chapter of the American Institute of Architects, will present the 2022 AIA Nebraska Honors and Awards at the Nebraska + Central State Excellence in Design Gala on Friday, Nov. 4 at the Country Club of Lincoln.

The AIA Nebraska Honors and Awards is an annual program to recognize individuals who have shown exceptional leadership and made significant contributions to the profession of architecture. 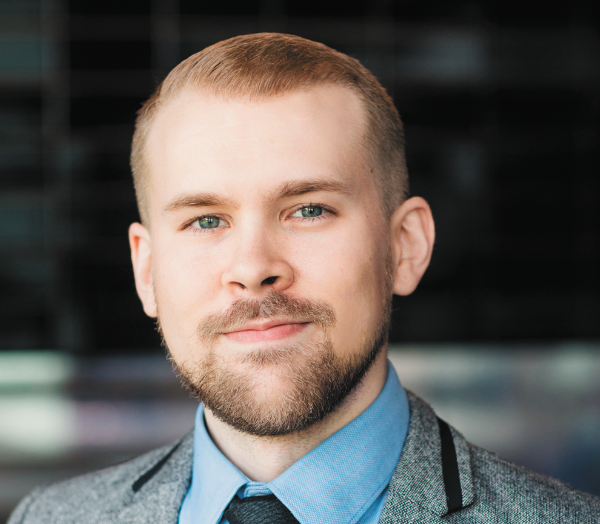 Kevin Baitey, Assoc. AIA, is an emerging professional and designer in Omaha, Nebraska. His interest in architecture stemmed from a desire to combine his passion for creativity with his affinity for problem solving.

After graduating from the University of Nebraska-Lincoln with his Master of Architecture degree in 2018, Kevin has been steadily involved in various organizations to advocate for emerging professionals and community outreach. He currently holds a number of positions within the AIA at local, state, and regional levels. Kevin often finds himself being the youngest person in a room full of decision makers, a responsibility he takes seriously to ensure that the next wave of emerging professionals have all the tools necessary to be successful.

Kevin joined Carlson West Povondra Architects in 2018 and has been involved in a variety of projects including education, commercial, historic preservation, and liturgical. His work ethic, curiosity, and willingness to learn have afforded him the opportunity to be thoroughly involved in all stages of the design and construction process. Having such exposure has allowed him to become a resource for the emerging professionals in the office while also providing the ability to work independently early on in his career, including taking on small projects of his own to develop experience in project management. Kevin is currently working towards licensure to become a registered architect in Nebraska. 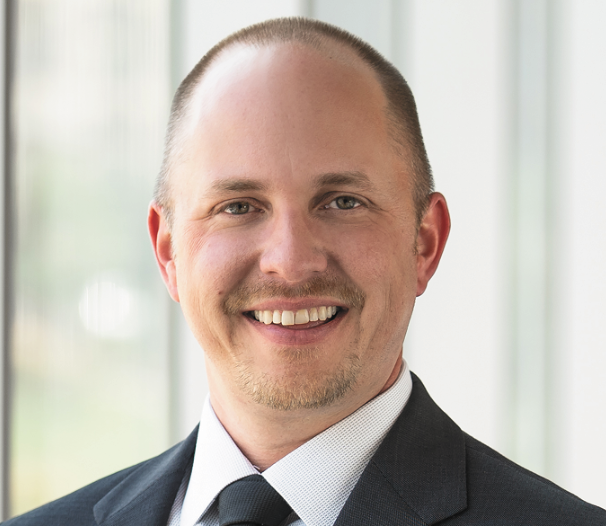 Matthew Gulsvig, AIA, learned that a simple smile or joke could have a positive impact on one’s life. It not only makes others feel good, but it also makes Matthew feel good. His path through life has by no means been a traditional one. He was born in Jamestown, ND and lived in Syracuse, NY., but primarily grew up in Racine, WI.

He made the decision to move away from home, without knowing anyone, to pursue his childhood dream of becoming an Architect at the University of Minnesota-Twin Cities. Unfortunately, Matthew was not accepted following his first attempt. This hurdle did not stop him from pursuing his dream. He smiled, focused on his goal, and tapped into his perseverance. He reapplied and was accepted.

Following graduation, he lived and worked in Minneapolis for a little while to gain professional experience, as well as to prepare and save money for graduate school. He applied to the College of Architecture at the University of Nebraska-Lincoln and was denied once again, but once again, he did not give up on his dream. He smiled, focused on his goal, and decided to move to Nebraska, again without knowing anyone. Matthew’s first year was spent working at a local architecture firm while simultaneously pursuing a Master of Engineering degree. He reapplied to the College of Architecture the following year and was accepted. Matthew graduated with a dual Master’s Degree in Architecture and Engineering.

Currently, he enjoys his role as a Principal at DLR Group. His passion lies in improving his community by doing great design with great people. Matthew also serves on the AIA Nebraska Government Affairs Committee.

In addition, Matthew is an inventor of the AlumiDrafter, a trademarked drafting and measuring tool for architects, engineers, and contractors. This can be purchased at major retailers. 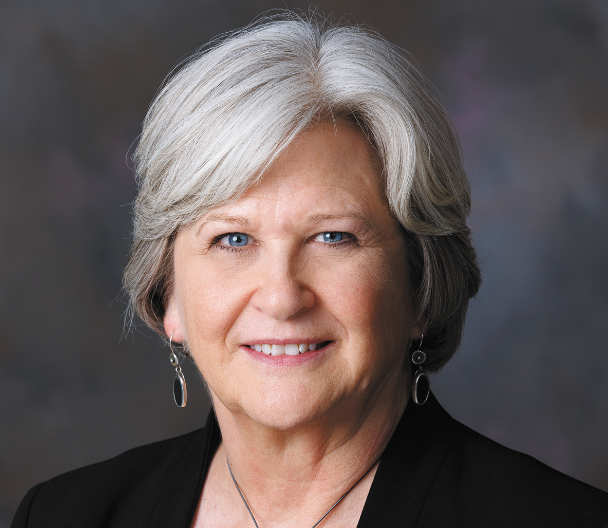 Katherine Ankerson, AIA, is Executive Vice Chancellor and Chief Academic Officer of the University of Nebraska-Lincoln. Ankerson is an agile leader and innovative problem solver, award-winning author, and a strong proponent of interdisciplinary and cross-disciplinary engagement. Prior to her current appointment at the University, she was Professor and Dean of the College of Architecture at the UNL. As Dean, she led an ecosystem of inclusive innovation, respecting and celebrating the differences and excellence in each discipline. Her leadership demonstrates a long-ranging breadth of commitment and impact across multiple universities and organizations.

She began her journey as a first-generation student with limited resources throughout college. Katherine has a BS Architectural Studies and MS both from Washington State University. She started her career in Spokane, WA then to Houston TX, and back to the Northwest where she had a small architecture design and design build firm.

Katherine is an inclusive leader and educator who has served at every level of an academic institution from faculty (assistant, associate, and full professor), Department Head at Kansas State, Associate Dean of UNL College of Architecture, Dean of UNL College of Architecture, and now Executive Vice Chancellor and Chief Academic Officer of the University of Nebraska-Lincoln. Kathy is the first architecture/design member to serve as the EVC at UNL. In this role, Katherine can continue to advocate for the design disciplines and the impact that spatial- and design-thinking have on teaching, research, and engagement across the state and beyond. 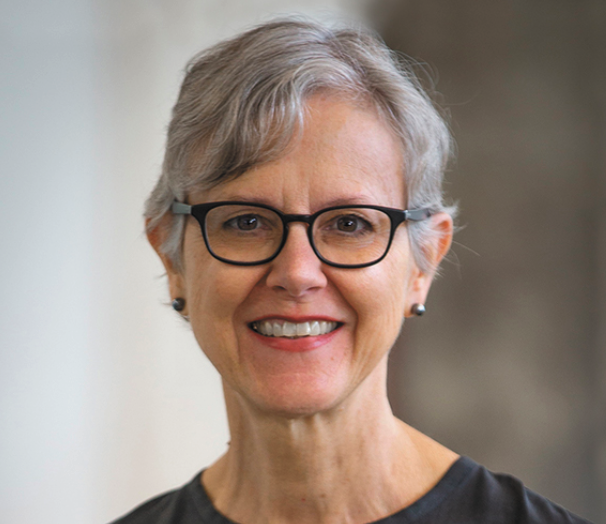 Patricia J. Birch, AIA, of Lincoln, Nebraska, is the recipient of the 2022 Harry F. Cunningham Gold Medal for Architectural Excellence in the State of Nebraska. The Gold Medal is the highest honor the Nebraska Chapter of the American Institute of Architects (AIA) can bestow and is awarded in recognition of the most distinguished achievement in architecture or service to the profession of architecture in the State of Nebraska.

“Pat is one of the first few women of her generation to blaze a trail for women in architectural leadership positions. She has been devoted to mentoring and encouraging young women in their early years to take on leadership roles. Her career has set a standard for women in Nebraska architecture and provided an example for a generation of women to follow her lead, said Thomas Laging, FAIA, Emeritus Professor of Architecture, University of Nebraska-Lincoln.

Professionally, Patricia has made significant contributions to local and internationally known design firms including: The Clark Enersen Partners; I.M. Pei Partners; Wilmot Bower and Associates; as an Associate with Sasaki Associates; as a partner with Sinclair Hille & Associates and The Pearson Birch Studio; Schoenleber, Shriner + Hittle; and completed her career as an Architecture Manager/Shareholder with The Schemmer Associates.

Patricia’s built work is broad and at varying scales. From a focus on families, as seen in her design of various multi-family projects, to larger public commissions such as the Gere Public Library Expansion and her AIA Award winning Gerald R. Ford Conservation Center. In Lincoln, the Hewit Place building creates a cultural destination within the city and helps to redefine the edge between UNL’s campus and the city of Lincoln. And on a much larger scale, Patricia, as the design architect, redefined the west side of UNL’s Memorial Stadium.

Her approach to architecture was through the thoughtful use of materials, integration of structure, and a sensitivity to place and context. Most of all, she was deeply concerned about the individuals for whom the spaces were designed and, therefore, human wellbeing became the center of her design approach.

Patricia has been deeply involved with architectural education serving as a part-time faculty member at the University of Nebraska-Lincoln College of Architecture, Boston Architectural Center, and Arizona State University (while in London). Further, she has helped to shape education by acting as a volunteer team member for multiple National Architecture Accreditation Board School evaluations.

She has also served in several leadership roles within AIA Nebraska, including President 2005; Board of Directors 2002-2005 and founder of Women in Architecture.

In her community, Patricia has been a proud member of Rotary 14 since 2013. She has volunteered her time with the Lux Center for the Arts, Habitat for Humanity, Lincoln Parks Department, and NeighborWorks Lincoln, among numerous other organizations.