For many, purchasing a home is one of the biggest purchases they will make in their life. Inflation, coupled with increasing interest rates and low inventory, has challenged homebuyers further.

Ryan Swartz, partner and managing director of Creative Planning, noted how Federal Reserve policy continues to have an impact on emerging middle-class and first-time homebuyers.

“First, currency was devalued to a point where smaller houses were no longer being built with lower interest rates,” Swartz said. “Then, aggressively raising rates in 2022, has priced these buyers out of a nearly zero supply market.”

Despite low interest rates being a thing of the past, in relation to inflation, mortgage rates remain in range, he said, as a payment on a $250,000 home at the average mortgage rate would now be the same for a $435,000 home purchased in the last year or so.

“This will eventually have an impact on construction of houses, demand and supply,” Swartz asserted. “As far as those with homes currently locked into lower rates, the rental rates could provide great cash flow, given the inflationary environment to those in need of housing.”

Moylan Kropp Partner and Financial Advisor Kimberly J. Kropp noted the adverse impact on first-time buyers with less accumulated assets and cash flow than more seasoned investors. The jump in interest rates for these buyers was described as “daunting,” while she added that the investment property investor is not as psychologically- or monetarily-affected – after all, this is not their primary residence on a fixed income.

“Interestingly enough,” Kropp noted, “the average mortgage rate over time is 7%. So, once people understand that 7% isn’t such an abnormal rate (mortgage rates in the 80’s were over 18%), things will calm a bit and people will accept this as the new normal. And, after things settle down towards the end of 2023, rates may even pull back a little, which will spur more interest in the housing market.”

While Financial Advisor Cory Garlock of The Garlock Wealth Planning Group at RBC Wealth Management cautioned on predicting the future, he noted an anticipated short-term slowdown as mortgage rates have effectively doubled. There might be an end, he surmised, to houses being sold on the first day – but nothing like what was experienced during the ‘09 financial crisis.

“However, there is a secular trend of a housing shortage in this country that we don’t expect to reverse any time soon,” he said. “First-time homebuyers might have an opportunity soon as the Fed pivots and lowers interest rates if we reach peak inflation.”

Founder and Wealth Management Advisor Paul Ludacka of Ludacka Wealth Partners, a Northwestern Mutual office, noted how a 3% loan rate on the average new $400,000 home would equate to a monthly mortgage payment of around $1,600. At 7%, the same average home would now cost you $2,700 monthly.

The Value of Perspective

When asked about the sustainability of current inflation rates, Swartz said there is no ability to predict with great certainty when the rate will plateau; however, a combo of lower inflation and declines in GDP, or an increase in unemployment, could signal a pause in increases.

This, Swartz said, was a four-decade period of rising rates for a host of reasons.

“Since that time, we have had declining rates through 2021,” he added. “It remains to be seen what actions will need to be taken. While the Fed can control interest rates, they cannot control energy prices, deglobalization, or geopolitical impacts to supply and demand.”

Kropp anticipates that inflation will be curtailed after several more rate hikes in mid- to late-2023, with a movement toward a “normal” historical range of 2% to 3%.

“We are in a better economic position than we were in the ‘70s,” she said. “This will be a shorter recession than the ‘70s.”

Unlike in the late 1970s, Garlock said consumers are acting like the high inflation is temporary.

“During that time, high inflation ‘pulled spending forward’ on presumptions that costs would rise even further,” he said. “Today, high inflation has persuaded consumers to delay spending, meaning they assume inflation will fall later. All this is to say, that we believe we are close to peak inflation.”

Wealth Management Advisor Reem Rawashdeh of Ludacka Wealth Partners stated that headline inflation seems to have peaked a few months ago – at around 9%.

While difficult to project when core inflation will peak, as leases typically present 12-month contracts and changes lag, Rawashdeh noted a projected downward trend to 2.5% within the next five years.

Looking to history, she noted many departures from the 1970s – starting with U.S. monetary and fiscal policies that have contributed to a near-doubling of the Fed’s balance sheet since March 2020 from around $4.5 trillion to $8.9 trillion.

“Simultaneously, the Federal Reserve cut rates to 0% in 2020, and both the Trump and Biden administrations have instituted several stimulative plans – such as the Covid Relief Package, Build Back Better, and American Rescue plans, all of which were inflationary,” Rawashdeh explained. “Until this excess liquidity is drained from the economy, inflation will likely continue to run hotter than the past decade’s rates.”

The Value of a Trusted Adviser

“We have seen three of these events in the last four years — 2018, 2020 and 2022,” he said. “Each historical bear market has had the same ending: they have all eventually given way to higher highs.”

He noted how it’s a great time to rebalance into stocks around target asset allocation.

“Many of the most volatile periods in markets are accompanied by a cluster of very large up-days as well,” Swartz stated. “This is why market timing is so dangerous. We just witnessed the best month for stocks since 1976 in October, and the best October in history. If an investor misses these short periods by not being invested, it has a dramatic impact on their long-term returns.”

One’s adviser plays a key role in ensuring a market downturn is not only survived, but that one is well-positioned to come out better on the other side.

“Some areas where advisers can help are: tactical trading, rebalancing, tax harvesting, tax planning, considering an acceleration of deferrals to retirement plans, adding to college savings plans now for younger children versus monthly, distributing annual gifting prior to year-end, and evaluating the benefit of Roth conversions during this time,” he said.

If the timeframe to draw funds is beyond three to five years, Kropp said to stay focused as one is allocated, sticking with strong companies and including large-growth and small-value with some commodities.

“You should include all the mentioned sectors within a 60/40 mix and make sure you have enough in guaranteed income, pension and social security to cover your basic needs,” she said.

And, given market volatility, this is the time when a financial adviser should be by one’s side.

“These are the times they show their value,” she said. “Emotional errors are made in times like these. After working in this industry for almost 40 years, one knows the market goes up and down, recessions are part of the business cycle, and it all boils down to when you need to touch the money. With a financial expert by your side, you should be in the correct allocations for the time of life you are in.”

And readers who are considering changing their investment strategies should, Garlock said, ask themselves, “Why?”

“Are they panicking out of a well-crafted financial and investment plan based on short-term negative news? If so, we would highly suggest that they reconsider,” he said.

“Part of the value we provide to clients is to give them context for what is happening in the markets and put things in perspective.”

By that, over the past 100 years, the market has been a “bear” 26 times, according to Garlock.

“How many times did it come back before? 26 times,” Garlock said. “What was the average downturn? 36%. What was the average recovery? 114%. Expansions outpace contractions. But the way we ‘earn’ those equity returns is by exercising patience through difficult periods, like we are experiencing now.”

Ludacka further noted the “flight to safety” as people move to cash, fixed income and sell out of equities.

“We agree with Warren Buffett; we want to be fearful when others are greedy as well as more opportunistic when others are fearful,” he said. “We believe times like these are an opportunity to run into storm and consider increasing equity positions. One of the best things we’ve found in our 25 years of practice is simply being a contrarian.”

Ludacka also pointed to studies which show emotional decisions are eight to 10 times more powerful than logical ones.

“People are fearful and uncertain, and they do not know who to trust or what to do,” he said. “Our clients need us now more than ever.”

*Disclaimer: “This commentary is provided for general information purposes only and should not be construed as investment, tax or legal advice. 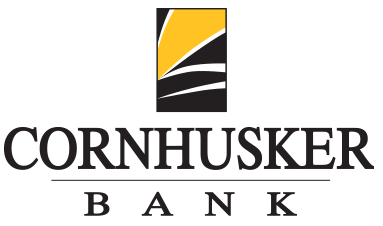