Jack Keating is a central Nebraska kid who split his formative years between his hometown of Kearney and the family cattle spread in north-central Nebraska. By the time he got to the University of Nebraska-Lincoln, he already had the ingenuity and work ethic to become an entrepreneur.

When that one big idea came along in the form of Corral Technologies, a company that designs invisible fencing for ranching applications, Keating needed help to get it out of his dorm room.

“I didn’t have a huge business background,” Keating said. “I didn’t really know where to start.”

It didn’t take long for Keating to locate the needed expertise. He connected with The Combine Incubator, just one of the resources in Lincoln that was his for the asking. To date he’s also leveraged the UNL Center for Entrepreneurship and multiple venture competitions, winning the $25,000 grand prize in 2021’s New Venture Competition hosted by the UNL College of Business. Additionally, he’s landed money through a LaunchLNK grant, through the Lincoln Partnership for Economic Development.

“It’s going to be an exciting year for us,” he said. “Ideally, we’ll roll out about 2,000 units, from North Dakota down to Texas, plus Iowa and Missouri as our key states. We’re going to have a new version of our hardware and new software development coming out. It’s going to be a time of growth; it’s going to be extremely busy.”

Stories such as Keaton’s are becoming more common in Nebraska, especially in Lincoln where the presence of university resources and multiple groups dedicated to startup success have proliferated in recent years.

Scott Henderson, NMotion managing principal, said as the group has expanded its reach statewide, earmarks of a Nebraska startup ethos have emerged, namely, being just as eager to share knowledge with others as to seek help on the journey. He said this creates an unusually potent environment for developing innovative ideas.

“I always talk about bees versus beekeepers,” he said. “A bunch of beekeepers can be sitting around and create this really great beehive, but without bees searching for nectar, you’re never going to get the honey. Where things work and where it succeeds is where folks have a desire to build something and find ways to work together to help mutually support each other.”

Henderson said Lincoln is effective as an innovation ecosystem for sitting at the crossing point of cultural byways, both traditional and contemporary.

“What’s most interesting about Lincoln, I think, is how it functions as the fulcrum of the state,” he said. “Folks across Nebraska are pointed toward Lincoln because it’s the capital or because of the football team. It’s seen as a place everyone’s familiar with in some way. It also has the ability to be a peer of Omaha when it comes to startups and technology innovations, and that Lincoln-Omaha tandem becomes the backbone for the rest of the state.

“It’s also interesting that Lincoln has a pretty concentrated social network of business leaders. For decades you’ve had a couple different circles of folks who have been working with each other to build their respective businesses. Now, they’re working on how we can make Lincoln better and how do we make sure that it’s a place that new ideas can get launched quickly.”

The ecosystem, despite all of its positives, is not foolproof. Even within this nurturing, resource-rich environment, innovative ideas can be slow to take root. Teresa Friesen is founder and CEO of SheMate, which seeks to promote female athletes as both community role models and effective spokespersons in companies seeking to leverage athletes through endorsements.

“Typically, about 80% of NIL (name, image & likeness) dollars at the college level go to male athletes,” she said. “One of the reasons that problem perpetuates is because media coverage, about 95% of it, goes to male athletes and male sporting events. We really focus on how we can create community around bettering the sports industry for female athletes while also reinforcing them through publicity and ensuring that publicity is positive and empowering.”

Friesen said SheMate’s innovative concept grew out of the explosion in name, image and likeness deals. But between NIL being so new and SheMate’s strategy being so different, it’s taken prospective partner organizations some time to wrap their heads around the company’s value proposition. This dynamic has forced her to examine her approach and adjust accordingly.

“About 2% of venture capital investments go to women-owned businesses. That puts me in a very small group,” she said. “That also means that myself and others who are not part of that space typically have to really learn and learn quickly. At first, I thought that was a deficit, but what I’ve been doing lately is taking a step back and recognizing that when I engage in the space from a learning focus, we have massive potential.

“So, what I ask of anyone I’m interacting with in this space – whether it’s potential investors or potential partners – that we brainstorm together and innovate together. If there’s just a sense of competition or the status quo of this is how you start a business or this is who should start a business, it continues to perpetuate the same people in the space and no one new gets to come to the table.”

Friesen said even with the many resources for her in Lincoln – like Corral, SheMate has also benefited from NMotion’s guidance – she admits piloting the ship is often a slow and painful process.

“I want more partnership in Nebraska, I want more local connections, but I am finding more immediate interest in partnership from places outside the state,” she said. “What I struggle with is, as a startup, I’m interested in following leads. When K-12 schools and colleges and major businesses and organizations all throughout the country are noticing us and wanting to work with us, I struggle with the slow pace that’s happening making connections in Nebraska. I would like to see more partnerships here.”

From Idea to Action

One of the most powerful players within the community is UNL, which can bring multiple forces of expertise to bear on virtually any issue an entrepreneur may face. Dr. Steve Cooper, executive director of the Jeffrey S. Raikes School of Computer Science and Management, said the school seeks to provide a framework for new ideas to not only be expressed, but to take practical shape.

“Good ideas are a dime a dozen; it’s all about the execution. You’ve got to make it happen,” Cooper said. “When the kids get into the program here, they take a class in innovation processes where they walk through a series of steps to take to solve a problem. The hope of which, of course, is when they do later develop ideas, they know the first step, the second step, they know the things they need to do.”

This problem-solving mindset follows throughout the curriculum to applying innovative and critical thinking in real-world scenarios. Cooper said the Raikes School’s capstone program links students with actual companies, allowing them to put learned concepts to work.

“Our capstones are where you get a real-world experience solving a problem for a real sponsor,” he said. “We actually do that for two years. Students are in teams of about five, they have professional staff, they have faculty, and they have volunteer coaches from industry helping them solve problems.

“To do this, we actually take some of the students’ own ideas. This year, there are three projects that, instead of coming from companies, are actually coming from the students. It’s a pretty awesome responsibility to be 20 years old and have a team of six people supporting your ideas. It’s kind of an awesome thing to do.”

Cooper said while there are many resources in the classroom and community by which to support such ideas, barriers to innovative thought remain. By far, he said, the biggest hurdle comes not from what surrounds the student but what reverberates from within.

“One of the disadvantages that we face in Nebraska is that kids from the Midwest view failure as a bad thing,” he said. “One of the things we have to help the kids do is recognize failure is a natural part of life and you’re going to fail, so let’s fail together.

“When you’re on the coasts, there’s less of a stigma associated with failure, which is a byproduct of risk-taking. Risk-taking is only working when there’s no backup, when it’s you and your two friends and that’s what you’ve got. So, those attitudes around failure are things that, being in the Midwest, puts us at a disadvantage.”

Cooper said the school doesn’t leave thought development to chance but keeps the possibility of failing – and the benefits to be gained by it – front and center.

“We have the kids write failure essays,” he said. “We force them to pivot. We force them to go down paths where they’re likely going to get into trouble and they have to back up. They learn you can feel uncomfortable about things and be OK, that’s part of life.

“You have to come to terms with failure as a normal process because learning from failure shows what you need to change. Take two steps back and go in a different direction and you wind up in a wonderful spot.” 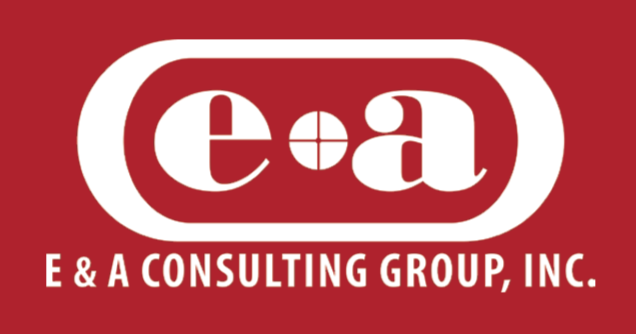