Invest in Yourself in 2023: Professional Development is Always a Good Investment

The goal of this strategic plan – released in March 2022 – is to maximize the economic development and overall vitality of Greater Omaha’s urban center, stretching from midtown Omaha to the western edge of Council Bluffs. The creation of this strategic plan was all-encompassing, with 30 individuals from the city, private enterprise, development and philanthropic organizations involved in the process.

“We are honored to win this prestigious award. The Urban Core Strategic Plan was a result of involvement by all levels of our community and we would like to thank everyone involved in this important and ongoing project,” said Veta T. Jeffery, president and CEO, Greater Omaha Chamber. “The Chamber was so excited to release this plan, and we are even more excited now about seeing it come to fruition. We know that people-first investments will be key assets to Omaha’s growth, and it is a cornerstone of our vision for the future.”

• A Total Mobility System that weaves together shifts in parking management, street reconfigurations, active transportation, and dramatic improvements to public transit to enliven the Core and drive development.

• Small-area plans to illustrate the potential for development in several important neighborhoods distributed across the district.

• The nucleus of an attainable housing program to ensure equitable access to the benefits of urban development.

• An implementation plan to guide the Chamber’s ongoing business attraction efforts in recruiting businesses to the Core.

The Urban Core Strategic Plan also recently won an award from the Nebraska/Dakotas Chapter of the American Society of Landscape Architects.

January 10: Coffee & Contacts
Energize your day with connections and coffee! 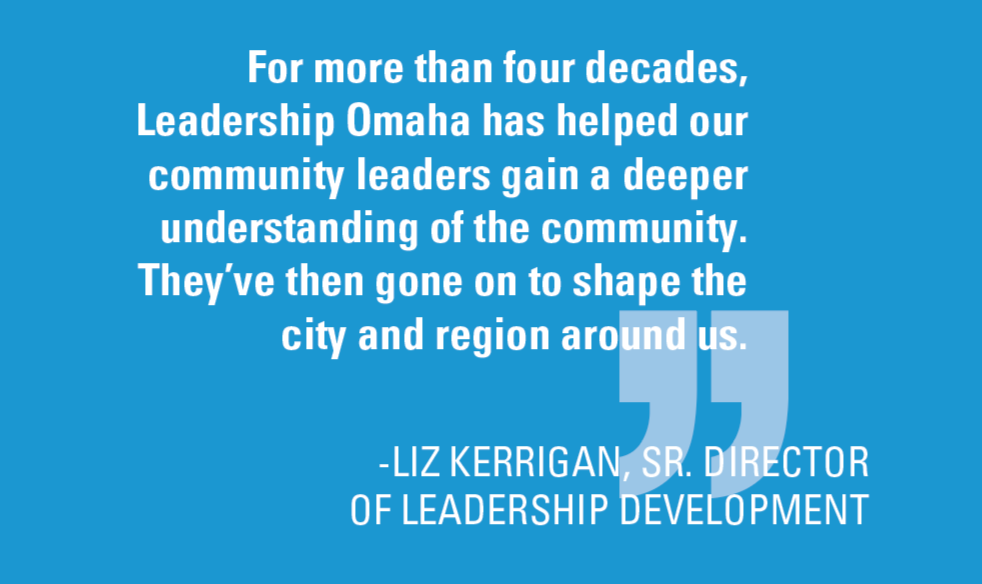 The Greater Omaha Chamber’s prestigious annual membership meeting is happening on January 31, 2023. This year’s event features a panel of impactful women whose vision will continue to shape Omaha.

As a first-generation student, Dr. Joanne Li understands the transformative power of education and its ability to strengthen social and economic mobility for all learners. Her passion to serve learners of all backgrounds inspires her to ensure that UNO has the resources needed to best support Nebraska’s workforce development efforts.

Dr. Cheryl Logan began her position as superintendent of Omaha Public Schools on July 1, 2018. Logan came to OPS from the School District of Philadelphia, where she served as Chief Academic Officer, responsible for the academic achievement of more than 135,000 students. Logan has spent her career in education working in school districts with large immigrant populations, including with students from significant English language learner populations.

Omaha Mayor Jean Stothert is in her third term as Mayor of Omaha. First elected in 2013, and re-elected in 2017 and 2021, she is the 51st mayor of Omaha and the city’s first woman to be elected to the office. She serves on the Metropolitan Area Planning Agency (MAPA) Board of Directors and the Salvation Army Advisory Board. She is the honorary Chair of the Omaha Sister Cities Association and Co-Chair of the Smart Cities Initiative.

When Carmen Tapio founded North End Teleservices, LLC (NET), in 2015, her mission was simple: to create jobs and change lives in North Omaha, an area of underutilized talent and high unemployment. Service excellence remains at the core of NET’s success. NET has been on the Inc. 5000 list of fastest-growing, privately-owned companies in the United States for the past three consecutive years.