Pilot Shortage: The Impact on Nebraska and Potential Solutions

The pandemic, skyrocketing fuel prices, and a lack of pilots and airline mechanics has thrown a big wrinkle in many people’s travel plans recently. These factors have added strain to the industry, negatively affecting airlines and travelers alike. Aviation schools and airports are working to attract and retain new aviation professionals to get things back on course. 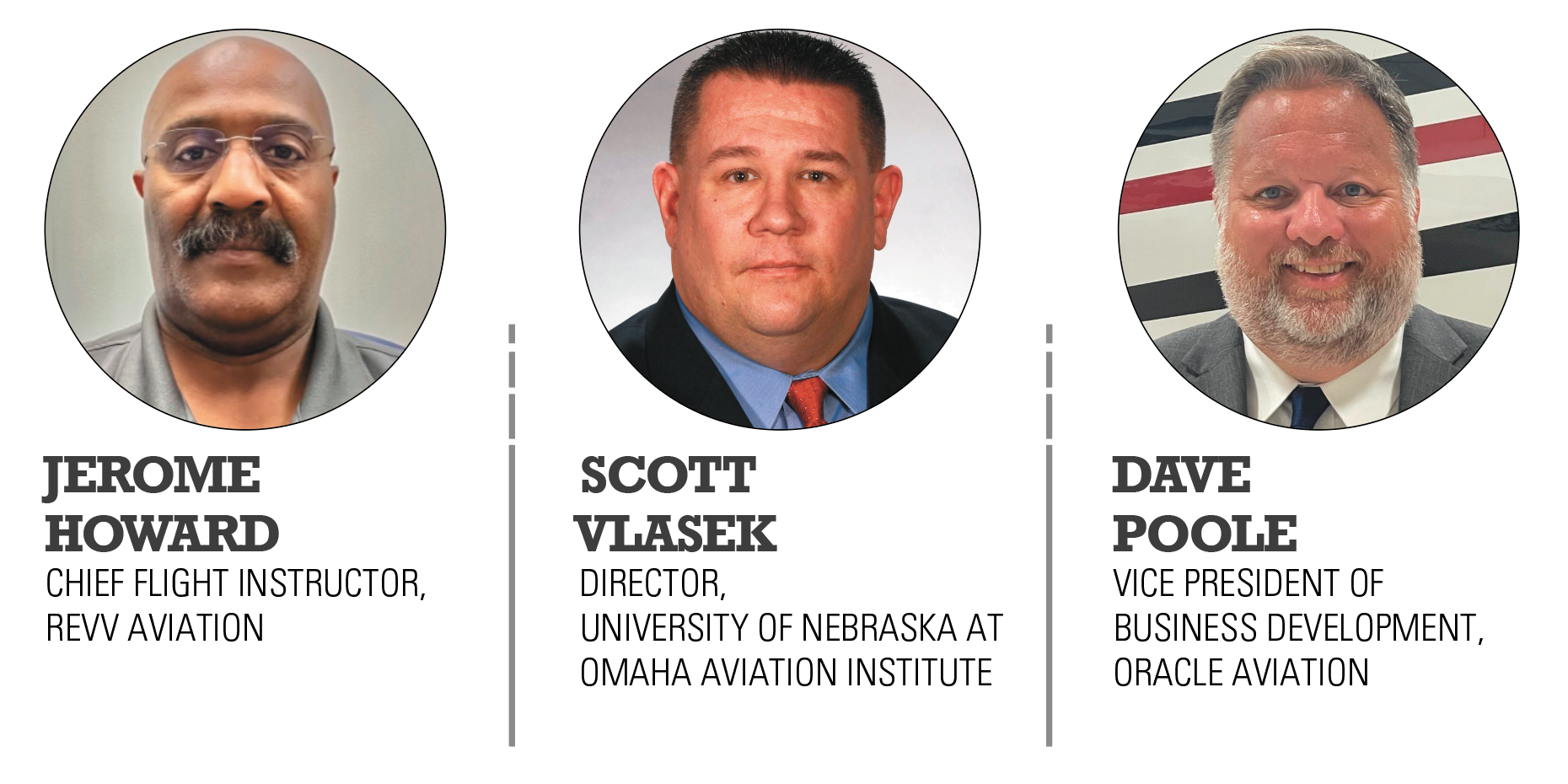 Scott Vlasek, director of the Aviation Institute at the University of Nebraska at Omaha, noted that when looking at the numbers, it is hard to deny that there is a steep need for aviation professionals – not just now, but well into the future.

“According to data from Aero Crew News, on the airline side, if you look at the number of retirees between now and 2033 for United, Delta, American, and Southwest, it’s just over 25,000 pilots. You also need to consider these airlines’ growth over the next 10 years. Boeing projects that over the next two decades, there will be a need for 600,000 pilots, 610,000 maintenance technicians, and 899,000 cabin crew professionals,” he said.

“I have never seen anything like this in my 25 years at the Aviation Institute. If you look at this from a supply and demand perspective, it would be difficult to say there is not some shortage … the need for professional pilots at every level seems to be there.”

At the onset of the pandemic, there were many pilots that were furloughed, some took early retirement packages, and others just simply decided to make a career change.

Schools and other pilot training programs were also shut down temporarily or had significant changes in how they operated, which set things back. When the demand for airline travel started to slowly increase again, airlines everywhere were grappling with increased numbers of travelers and fewer employees.

“As COVID took over globally, the airlines weren’t sure how long recovery would be,” said Dave Poole, vice president of business development at Oracle Aviation. “They started offering early retirement for those that were close but not quite there yet. So, when COVID rebounded, they were left in a lurch.”

Vlasek also said that the pandemic impacted the aircraft.

“During COVID, airlines parked a lot of aircraft,” he said. “It takes time to bring them back online and, in some cases, replace them with more fuel-efficient aircraft.”

Another major factor – and one that airlines and aviation schools saw coming for quite some time – is the fact that many pilots were reaching the mandatory retirement age of 65. Many pilots were initially trained in the military during the Vietnam era and then moved to commercial aviation for the rest of their careers.

Once they’ve reached their retirement age, they’re required to turn in their wings – no questions asked. The Federal Aviation Administration increased the retirement age from 60 to 65 in 2007. It’s possible the FAA could increase the age again, although that increase would only partially solve the problem.

“One issue with this is that the international mandatory retirement age is 65, meaning they could not fly overseas,” explained Vlasek. “This could certainly have some unintended consequences if it comes to fruition.”

The Impact on Nebraska

While we are feeling the effect of the pilot shortage nationwide and, arguably, worldwide, Nebraska has also seen some specific impacts as well.

“Look at how many flights the major and regional airlines have canceled, and how many routes from Nebraska airports have either been put on temporary hold or deleted, with no indication they will ever return,” said Jerome Howard, chief flight instructor at REVV Aviation. REVV Aviation is the flight training vendor for the UNO Omaha Aviation Institute.

“This has a direct effect on the economy and people’s lives. In 2018, the Aviation Workforce Alliance published a report on how pilot shortage impacts each state. By the year 2026, the report indicated Nebraska could lose a significant number of jobs, which will affect the economic impact in the state, and so on. It is a domino effect.”

Vlasek noted the biggest impact on Nebraska has been the flight cancelations and delays over the past year.

“The reason for delays ranges from TSA and Air Traffic Control staffing issues to weather, to more people wanting to get away and go on vacation,” he said. “Yes, the pilot shortage has played into this as well.

“Central and western Nebraska cities that rely on Essential Air Service (EAS) may encounter the impact of this more than Omaha does. This does not mean that Omaha is immune to it. Some of the airlines that have provided EAS have gone out of business because they cannot find a pilot to fly their aircraft. Communities that have air service rely on it … according to the Regional Airline Association, two airports have lost more than 25% of service in Nebraska.”

The Importance of Education

Howard said that one of the first steps for welcoming more aviation professionals into the industry is by educating them about the benefits of working in it.

“In lots of cases, it is a lack of interest, or not knowing that being a pilot is an option for a career,” he said. “A good majority of those in the collegiate environment are studying for traditional careers in medicine, engineering, law, etc. Being a pilot isn’t a consideration for most people.”

Howard noted that REVV Aviation is doing its best to draw people into the industry, but it can be difficult with training being costly. However, salaries are increasing, and this is allowing for increased enrollment into aviation education programs.

“With sign-on and retention bonuses, the industry has made it very attractive to be a pilot,” he said.

“Together with the university, we work to train and prepare prospective pilots for a career as a professional pilot,” he said.  “Once our students have the necessary ratings and certificates, they can work as an instructor here to gain the hours airlines require before they hire a prospective candidate.

“Education is a huge component in the industry. We have seven flight schools throughout the Midwest region, and we’re connecting with colleges in each of those locations to set up a similar partnership like we have with the University of Nebraska at Omaha.”

Poole noted that the amount of time that it takes for pilots to train is significant, with the typical airline requiring about 1,500 hours of flight time before hiring. That requires patience and an understanding that the shortage may be something that we’ll deal with for a while.

“Whether you want to fly for a living or be in maintenance, it’s an incredible time to get into this industry,” Poole said. “An aviation student could literally go anywhere in the world. It’s a great time to get involved and get passionate about it.”