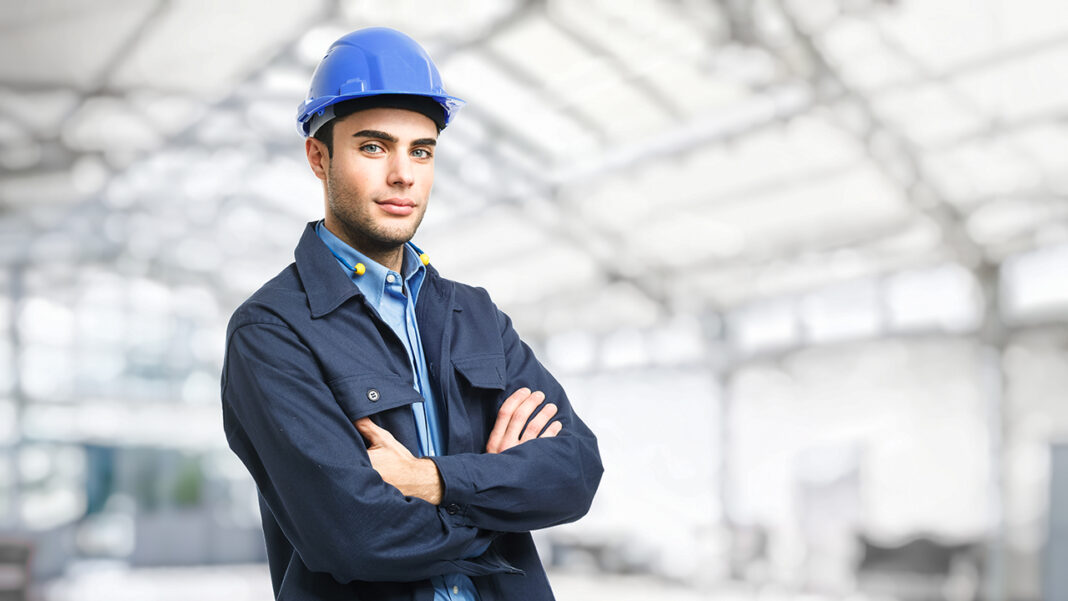 After a slight slow-down at the beginning of the COVID-19 pandemic, the engineering market revived quickly, growing through the remainder of 2020 and through 2021, and growth is expected to continue over the next 12 months. The problem is finding enough engineers to meet the demand.

Travis Figard, project manager in the Lincoln office of E & A Consulting Group, said that there are lots of opportunities for engineering work in Lincoln, but right now it’s a matter of finding enough people to fill those job openings.

Nicolette Villwok, director of HR for E & A Consulting Group said that the firm, which did virtual career fairs last year to recruit engineers, is returning in-person career fairs this
year as well as recruiting from high schools.

“The other avenue we’re getting into is social media, really trying to educate people about who we are and what makes us different,” she said. “It’s more about creating a connection and sharing that with people. I think this is working well for us. It has been successful in terms of starting a conversation — they are more apt to come and talk. They’re seeing that we’re genuine, so it allows them to be more comfortable sooner than if they were to just learn [about the position] from a job posting.”

Figard emphasized the importance of connecting with potential candidates.

“As I talk to other competitors, we are all busy, even in non-civil [engineering],” Villwok
said. “With the infrastructure bill, things will continue to be busy in the engineering world.”

Figard agreed, saying “People who are looking for a job right now won’t have trouble
finding a job.

He said that Nebraska’s low unemployment rate makes it tough to find employees.

“You may have three or four engineering firms fighting for a couple of people who are
available,” he said. “It’s tough to find people who don’t have jobs. Really good, capable,
and smart people already have a job. We’re looking for people who are looking for a
different opportunity and seeing if what our firm offers makes sense to them.”

Villwok noted that social media outreach is part of the process of looking for those people
interested in a career change.

“In the past couple of years we’ve been successful finding people both in the state and out of the state,” she said.

“For us, it’s really been a blend. We have used international firms to help us look nationally as well as locally.”

The current job market is very tight, according to Farris Engineering President and CEO Michael Wallace.

“Almost every engineering firm has openings that are going unfilled,” he said.

“I do not see any indications that the market is going to change for our industry
in the near future.

“As we look at building a team for the future, we are recruiting younger employees —getting them in as interns, training them while they are in college, and working to
mentor them so that they are ready to hit the ground running when they get out of school.”

According to the Nebraska Department of Labor, the demand for science, technology, engineering and math (STEM) jobs will increase 11% in Nebraska through 2029.

In the Lincoln metro area, the job market is expected to see substantial growth in positions
such as information security analysts (40%) and software developers (24%).

For example, the Lincoln metro area typically needs to fill 45 civil engineering jobs annually but with the announcement of the Infrastructure Investment and Jobs Act and a reported $3 billion designated for Nebraska, the demand for civil engineers will likely increase.

“The same can be said for mechanical and industrial engineering jobs in the Lincoln metro area, which usually needs to fill two dozen openings per year,” Pérez said.

“The need to address infrastructure and a growing city is influencing a demand for
these engineering jobs.”

Computing professionals like computer scientists and software developers are needed
as a result of technology expansion and cybersecurity concerns. Information security
analysts are needed for jobs in the public and private sector to install software — like
firewalls — to protect computer networks and cyberinfrastructure. The increased demand for civil engineers is due to the need to update, expand, and protect domestic infrastructure such as roads and bridges and the power grid.

“As communities grow, so do infrastructure needs, and civil engineers will be necessary to
address these issues,” Pérez said. UNL’s engineering college experienced a 7.4% increase in enrollment this fall compared to the fall of 2020.

“This fall we welcomed 842 first-time freshmen, which is an increase of 172 students from the previous year, and the outlook remains positive for continued growth next year,” Pérez said. “The College of 2021Engineering is currently up 21% in applications and 30% in admitted students for the fall of 2022. We’ve implemented new academic and scholarship programs to meet our enrollment goals and ensure student success, including the new Kiewit Scholars program and the Peter Kiewit Foundation Engineering Academy. These programs will enhance our recruitment and retention efforts.”

The College of Engineering has a Career Services office that helps students with job
placement and provides support services for resume writing and developing interview
skills. Its Complete Engineer program provides students with nontechnical skills that are
highly valued by employers.

“We are extremely fortunate to have great relationships with companies wanting to hire
Nebraska engineers,” Pérez said. “Industry partners like Kiewit hire more engineers from UNL than any other engineering degree program in North America. Union Pacific, Valmont and Olsson, to name a few additional Nebraska companies, are also heavily involved
in sponsoring student success programs and hiring students.

“The pandemic influenced the job market globally, but it did not seem to negatively impact growth in the engineering job market because the business market in engineering, computing, and construction was robust. We will continue to see the need for these jobs to
be filled for several years going forward.”

“From what we have seen recently, most of the technological advances [in engineering] are along the lines of speeding up production and also in new ways to perform site investigations of existing buildings,” Wallace said. Figard said that 3D modeling is a major
trend in the industry.

“Historically engineering has been 2D,” he said. “You have a piece of paper, and your
drawing is on that. That’s how you sold it to the developer, the client, and the public. Now
we have 3D models — whether pictures, videos, or slide shows — that actually show what we’re doing.

“It may be dams, it may be streams, it may be a whole residential or townhome development that you can present to the developer or the public to get a city council on board or get funding. Using more sophisticated technology has really been a big part in the past couple of years in trying to sell some of this stuff to the public and get people on board with it.”

The engineering field as a whole has become much more business-driven.

Engineers and engineering firms are becoming more well-rounded. Not only must they do
the design well, but they must be able to communicate well with the public.

“You must be able to talk to people well, to reach out to the public, to interact, because that’s all a part of [the job] now,” Figard said. “It used to be you just did the design, and that was all that mattered, but now it’s a lot of interaction with people doing the funding, developers, city councils [National Resource Districts], state governments, the Department of roads [and others]. All of those agencies play a lot bigger parts in the decisions, so you really must engage them.”

When the pandemic first hit, the engineering market saw a small downturn, according to Figard.

“Lincoln saw that a little bit,” he said.

“There was a little bit of hesitation on spending money on certain things. But it picked back up, and toward the end of last year things were slowly getting back to normal and it has continued on now for the past 12 months. Right now, it’s really good.”

There is lots of work for engineers— water resources.

“There’s a lot of desire, especially in Lincoln, for developing certain areas,” Figard said. “I’d say there’s probably more work right now than the firms can get done. It’s a good problem to have. We have more work than is feasible to get done in the next year, but we’d
rather have that than the other way where there’s not enough work. I think it’s really encouraging for next year.”

“The current market definitely looks to be improving,” Wallace said. “Last year, there was
a lot of trepidation in the market. It seems like a lot of that nervousness has passed, and owners are getting back to building and maintaining their buildings, and a lot of the questions seem to be answered. Based on current trends, it looks like the engineering market should remain strong and growing over the next 12 months.”

E & A Consulting Group consulting group’s biggest project is the Fire Ridge Development,
which is approximately 140 acres of residential — either single family homes or townhomes — on the east side of Lincoln just south of Van Dorn between 98th and 112th streets.

“We are doing everything on it from survey to plat grading, lot layouts, all of the drainage analysis as well as construction services,” Figard said. “[The development] is still in the final design phase, but they have started doing grading on it. The grading and building of
houses will be ongoing probably for the next five to 10 years.”

Farris Engineering has just begun work on renovating Andrews Hall, the home of UNL’s department of English. The historic building opened in 1928, and the first floor has not been renovated since the 1940s. The $5,340,000 project will include air handler,
structural support replacement, and fire and life safety renewals in portions of the building.

The project is currently in the design phase, and construction is expected to start sometime in the summer. The Clark Enersen Partners is the architect for the project.