“Everybody has a story,” she said.

And everybody, she said, has experienced a work environment where they didn’t feel psychologically safe, meaning they didn’t feel safe asking questions, taking risks or giving feedback without repercussions.

It’s a problem Gallup noted in the last State of the American Workplace Report in 2017. It found that three in 10 U.S. workers feel that their opinion matters at work.

It also noted that if the ratio moved to six in 10 employees, benefits could include: 27% reduction in turnover, a 40% reduction in safety accidents, and a 12% increase in productivity. 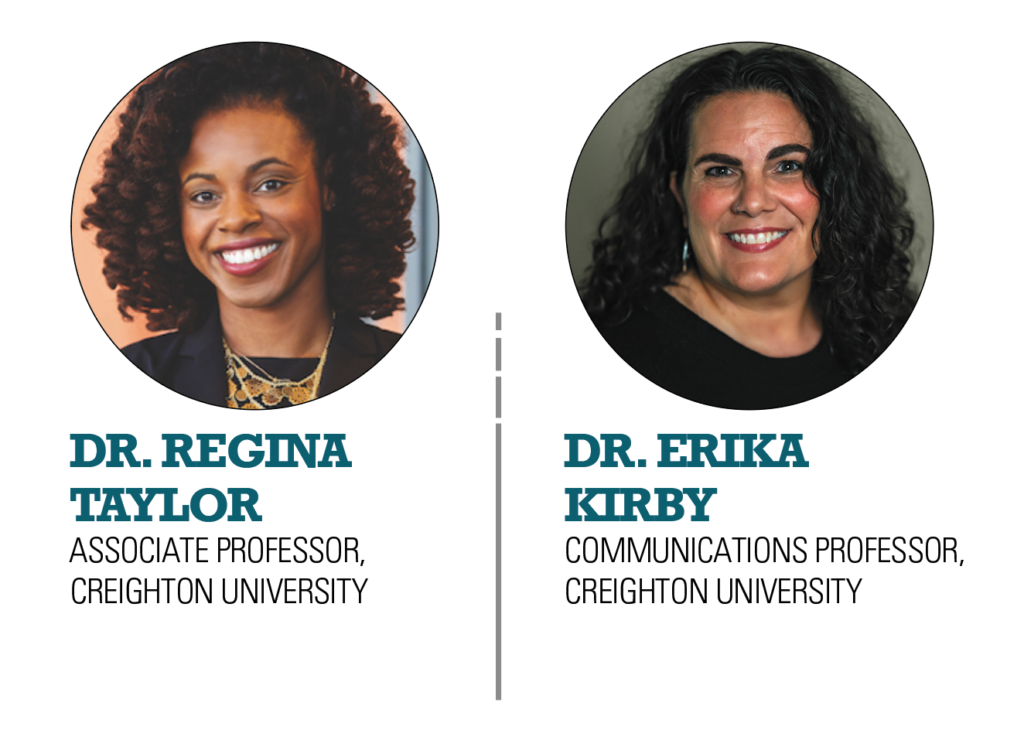 Dr. Erika Kirby, communications professor at Creighton University, will be discussing the intersection between psychological safety and trust through the lens of communication at the EthicSpace Conference on Oct. 13.

The two values go hand in hand, but aren’t necessarily the same.

Psychological safety describes a group culture, or a norm, while trust often describes a person-to-person relationship. Both are necessary for a company’s innovation and success.

“When you think about psychological safety as a place, or a condition where people feel included and safe to learn and contribute, that’s an internal condition that usually takes communication from people in the organization to help encourage and manage,” Kirby said.

Taylor brought up a study that Dr. Amy Edmondson, the Harvard Business School professor who coined the term in 1999, did with hospitals. Edmondson was asking the question: do better teams with better hospital patient care make fewer mistakes?

The answer, Edmondson said in a TED Talk in 2014, was “exactly the opposite” of what she expected. It turned out that the hospitals that reported more errors ended up having better patient outcomes.

Why? Because the employees felt encouraged to speak up when they noticed something wasn’t right, even if it turned out to be a mistake on their part.

“It’s an opportunity for the organization to teach, or to course correct if something has gone negatively,” Taylor said.

To create a positive learning experience, Kirby suggested asking open-ended questions, like “what do you think happened,” rather than assuming where things went wrong.

“If you start with an open-ended question, it shows that you are open to hearing them process through what happened and that you haven’t made assumptions,” Kirby said.

She said that reframing the conversation to a learning experience communicates to the employee that it’s okay to take risks (within reason), learn from it, and do better next time.

Alternatively, if there is a problem with a process or product, the company can now work towards a solution.

“You need different points of view or perspective in order to be successful,” Taylor said.  “Conflict isn’t a bad thing and you need that in order to come up with better solutions.”

A key tenant to a psychologically safe workplace is the belief that all team members can bring up questions, problems and concerns without feeling incompetent, or like there will be a negative reaction.

However, it can be challenging not to take questions, comments or concerns personally in the beginning stages of building a safe workplace.

Kirby said the best advice is to assume positive intent, and to actively listen instead of reacting.

“There are so many ways that we can unintentionally make disqualifying comments, like saying ‘well I didn’t mean it that way,’ or ‘we already have a protocol for that,’ that make people feel like they aren’t valued,” Kirby said.

Nonverbal cues, such as facial expressions and body language, can also convey dismissal or be threatening.

“There are times where I might not be saying anything, but people are reading whether or not it’s safe to bring a topic up,” Kirby said.

Studies have shown that if there’s inconsistency between what you’re saying verbally and non-verbally the other party will believe the nonverbal cues.

Developing relationships with team members can also help pave the way for a psychologically safe workplace. After all, how can you trust someone that you don’t know?

“Employees shouldn’t only see [their boss] at review time, or when [the boss] is asking them for something,” Taylor said.

The same can be said about fellow co-workers. An easy solution is to spend a little bit of time each week getting to know your team members. It can be as simple as just stopping by a co-worker or employee’s desk to ask how their weekend was. It doesn’t mean that you’re going to talk about people’s home lives all the time,” Kirby said. “But it does mean that you know enough about it, that [the employee] can feel safe to come talk to you about it.”